Mike Lyons is an experienced attorney who has litigated in both state and federal court, including practice before the Supreme Court. Over the past 25 years he has specialized in alternative dispute resolution (ADR). He has been an arbitrator/ mediator for many ADR providers, such as the American Arbitration Association and the securities industry’s regulatory authority (FINRA). He applies a faciliative approach to mediation, including transformative mediation, which emphasizes helping people in conflict change how they interact with one another.

He has mediated for the US District Court, the US Equal Opportunity Commission, the US District Court Employment Dispute Resolution Program, the Federal Occupational Heath Services, and the US Postal Service. Mike has mediated employment disputes implicating Title VII of the 1964 Civil Rights Act, involving allegations of discrimination based on sex, race, color, ethnicity, and national origin, and complaints alleging age discrimination, retaliation, and harassment. 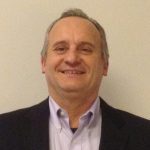